My Interview With Author Susan Ketchen!

Recently I found an author online , from Canada, that has a series of books involving a young girl with Turner's Syndrome. Her name is Susan Ketchen. I had an interview with her by email, and decided to share it here! 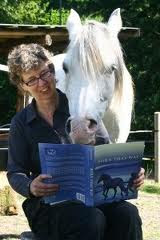 Q - What inspired you to start writing Born That Way?

A: I started this book when I was waiting for an editor's response to another manuscript. I knew I had 3 months to wait in the middle of winter, so I wanted to write something fast-paced and up-lifting. I wanted a main character who was young and energetic and optimistic about life. I started with not much more than the idea of a young girl being promised a horse when she grew as tall as her grandfather's shoulder (a situation I stole from my own childhood), and the story evolved from there.
While writing, I received ongoing inspiration from people (imagined or real) who refused to be daunted by obstacles.


Q - Did it take a while for you to come up with Sylvia's character?

A: I had a strong sense of what Sylvia was like right from the very beginning. Occasionally I was distracted by what "I" might have done if faced with Sylvia's circumstances, but then a short reflection on her tenacious gentle spirit would set the story aright.


Q - You've said that as you began writing, you noticed Sylvia was unusually short. So, you decided to do some research and find a reason for that to put in your book. What was your first thought, when you found Turner's Syndrome?

A: One of the first things that happened when I learned about Turner's Syndrome, was that I remembered what it was like for me when I was leaving childhood and entering puberty, and how ambivalent I was about "developing". I realized how much more complicated it would be for anyone with Turner's whose growth and development were uncertain. When I was young, I was going to develop whether I liked it or not. If I'd had obstacles? Or had to take medication? Or had choices? These were very interesting questions for me as a writer.


From an author's point of view, Turner's Syndrome gave me lots of scope to explore what happens to people who are perceived as being different by others, and to explore notions of gender.

A: I can relate several things in my life to things in the series, though the book is not about me, and Sylvia is not me.


Like Sylvia, however, I was born a horse nut.


I do remember feeling like I didn't fit in at school, and noticing how the popular kids negotiated difficult social situations. Some would use humor, others would be pushy. I really admired the kids who could brush off teasing with a joke, and tried to do the same myself, but usually couldn't think fast enough.


Q - Do you think other girls newly diagnosed with Turner's Syndrome would enjoy reading about Sylvia?

A: Yes, I hope that other girls newly diagnosed with Turner's Syndrome would enjoy reading about Sylvia. Especially when we are newly diagnosed with one thing or another, there is a temptation to unnecessarily narrow our self-definitions. We become "a Turner's girl" or "an abuse survivor" or "a depressive". This never happened to Sylvia. Yes, she has Turner's Syndrome, but she is so much more than this.


You can find more about Susan and her books at www.susanketchen.ca!
Posted by Colleen at 7:13 PM

Promote Your Page Too 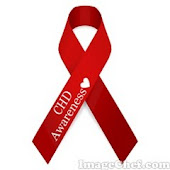 Do you want to be on the lists?

If you would like your website to be under my links or have your blog followed by me, just let me know!

Me with my family!

Colleen
Hey! I'm Colleen. I was diagnosed with Turner's Syndrome when I was 3 years old. I have a website (http://www.colleenmjoyce.com) for you to learn more! 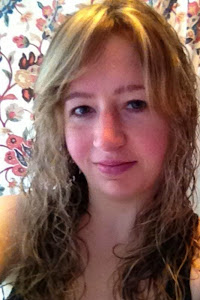